Jenna Wortham: Morgan, not only do you have an incredible radio voice, you really do, it’s really easy to listen to you! But the things you’re speaking about are just so interesting that we sometimes forget how important a soundtrack is. And I don’t mean a collection of songs that accompany a film, but just that audio landscapes define and accompany and inform us. It matters when you’re walking down the street and you hear that summer song or you’re in church and you hear a particular hymn—

JW: The way we experience… I think we’re so used to taking in information visually that we forget how important sound is—

JW: And how that is shaping us at the same time. So, it’s really incredible to hear you speak on it, basically.

JW: Of course. Do you feel like a music historian? Because as much as you are a curator and a supervisor and a selector and all of these things, you really are an archive. You have all of this knowledge, it’s very contained, but it is a very rich repository. Do you feel that way? Do you feel like a keeper of sound, so to speak?

MR: Um…that’s nice! I’d like to be. I’d like to be a keeper of sounds. I hope to be a historian. I think there’s ethnomusicologists out there that are doing great work as music historians. I think I’m on a music reconnaissance mission. I’m just digging and searching and finding and I’m looking for you. If you’re a brand new indie artist and you’re hanging out on SoundCloud, I’m listening and I’m looking for you. If you’re an old blues artist and you’re recording is real scratchy and the quality is poor and you don’t think there’s anyone… this person had a great hit and no one remembers that, I’m looking for you. And so I do feel like, I don’t know, some sort of person on a music expedition. And it’s so much for me. I know it’s really geeky but it’s so much fun. [laughs]

MR: So that’s how I feel about that. It’s worth looking for these artists, particularly as it relates to black music.

MR: That’s just how I feel; I’m passionate about it.

JW: It’s everything to us. Are there songs that you’ve always wanted to play that you haven’t gotten to place yet? Do you have a wish list of artists or albums or maybe even decades that you’re sitting and waiting for the perfect opportunity to use? What are they? What are some of them?

MR: The short answer is that there are hundreds of songs that I have posted on sticky notes, in notebooks all across my house. I hope I have enough time to use all of that stuff. [laughs]

MR: I’ll be working for another 20 years, so I’ll have enough time. I would say my number one priority is I want to find a place for Shirley Horn.

MR: She’s one of my favorite voices ever. And also Carmen McRae.

MR: Those two women, those two sisters I’m trying to find a place for. So I hope that I’m given the opportunity to pitch them for a project and to hear them on the screen.

JW: I’m wondering, too, if… I’m interested in some of the selections you made for Dear White People that allowed you to add a dimension to a character or scene or things that stand out to you as particularly memorable placements or moments in the show.

MR: Sure. I love Troy’s character. Like all of the characters in Dear White People, he’s complicated. But I think his development as a character is testament to the brilliance of Justin Simien. And it makes a statement about how not just black people but people in general are complicated. I wanted to make him an old soul. I wanted him to be the guy that listens to seventies soul music.

MR: So it was fun to play with older soul music and older soul artists in the scenes where he is involved. When he’s going across campus to make his pitch for him to be president, we’re playing Lee Fields’ “I’m the Man.” And I love Lee Fields’ voice. It’s weathered, it’s strong. It’s got power. I wanted to have that be a part of Troy’s experience. 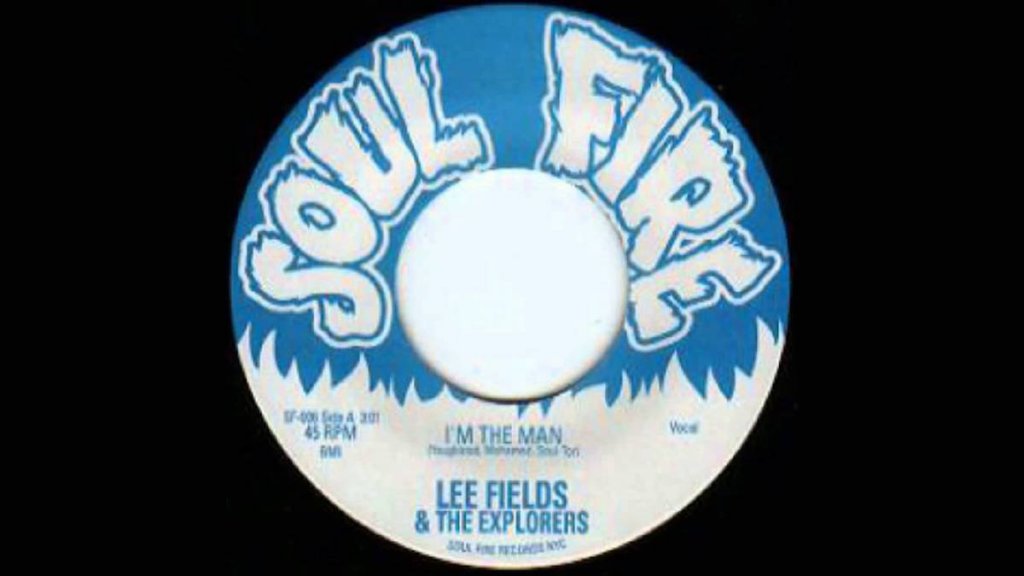 There’s a…The Softones song [“My Dream”] where he and Lionel, he’s cutting Lionel’s hair and Lionel is swooning over him. And I thought, everyone can relate to having a crush, we’ve all had a crush. And being up close and personal with your crush… Some of us are cool enough in those moments, some of us are not. But I didn’t want to play any…anything current, I’d say. I thought the moment was sweet and sort of old school, so The Softones, which is a group from Philly, seventies soul. And someone reached out to me online and said “where did you find The Softones? That’s a favorite group of my dad’s.” And, to me, that’s worth all the hours you spend looking for something. I want to be asked that question because I want to be able to talk about The Softones [laughs]. I really want to talk to somebody about The Softones! So that’s what you pray for. Those are some of the moments. I just like to develop a character, making him an old soul, making him a guy that secretly listens to old seventies soul music. 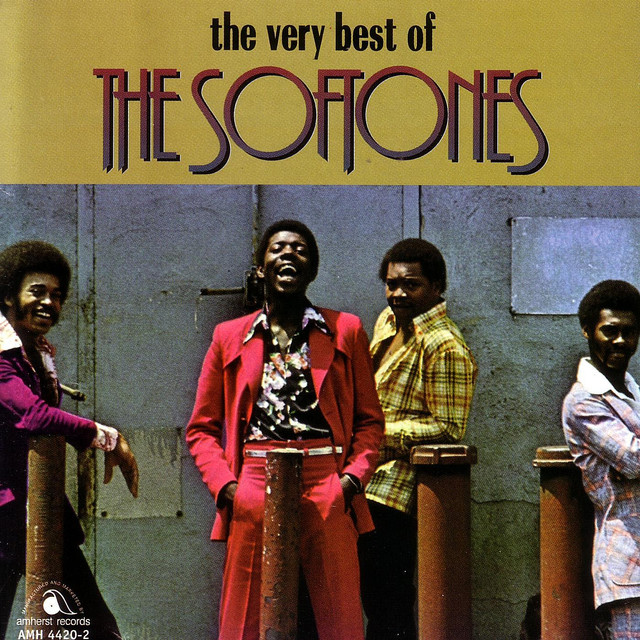 JW: Mmmm. It’s so neat, too, because this is something I expected… But listening to you talk, there of course is a script and there are character descriptions and then there’s the actual casting of the characters, but then choosing the music in this way you get to add this whole other dimension, you get to shade in the character a little bit more in these ways, which is really incredible.

MR: Thank you! I like that there were a lot of romantic and sexual moments in Dear White People. One of the other moments I liked was when Sam was trying to make the decision about going into Reggie’s room. That’s a tough decision. And they sort of lingered at the door for a while. Oh, great job of including sexual tension on the part of the director! But I wanted to speak to the vulnerability of the scene. To me it wasn’t just like should we hookup? It’s should I let you see that part of myself?

MR: Should I be vulnerable right now? For both of them. Reggie’s got these feelings for Sam but they haven’t really been requited here before. And that’s a big decision to make. Not should I let you have me? Should I let you see me. And so I picked a song by Vicktor Taiwò called “Digital Kids.” For part of the chorus he says “I see you but you look lost” and I thought that was powerful for the moment because in a sense they were lost and found. Lost in the emotion but they had found themselves in close proximity in this moment.

JW: Oh my God, so romantic!

MR: Now, what do you do? It’s a British future/ soul singer. I loved the build of the song, I loved how slow it was. I didn’t want anything to be rushed and for me that was a good moment.

JW: Incredible. I don’t want to take up too much of your time today. I am interested in hearing… I have two more questions for you. One is how do you balance work and downtime or pleasure time since you do spend so much time working and cataloguing music? How do you balance not working too much, if you even have to find that balance because it sounds like you enjoy your work too much. Are there any tricks you’ve adapted to help facilitate that work-life balance?

MR: Such a good question. I don’t know that I’ve found the balance [laughs]. I love spending my days around music. Even when I’m doing regular stuff, cleaning up the house, being with family, we all love music. So it’s in and around everything I do. It gives me a lot of joy. I think the difference is when I’m working on a project there are deadlines to consider. Television is fast past so I have an obligation to find these songs and get them prepared to pitch. In my downtime around music I’m looking for music. And in between projects I’m just so happy doing that that it feels like fun it doesn’t feel like working. It gives me so much joy.

JW: And then the last thing I wanted to know, which is: what do you think the song of the summer is going to be? And what’s in your rotation right now?

MR: Oooh. Let me pull out my phone because of course I was listening to music before we started talking because it’s really all that I do. 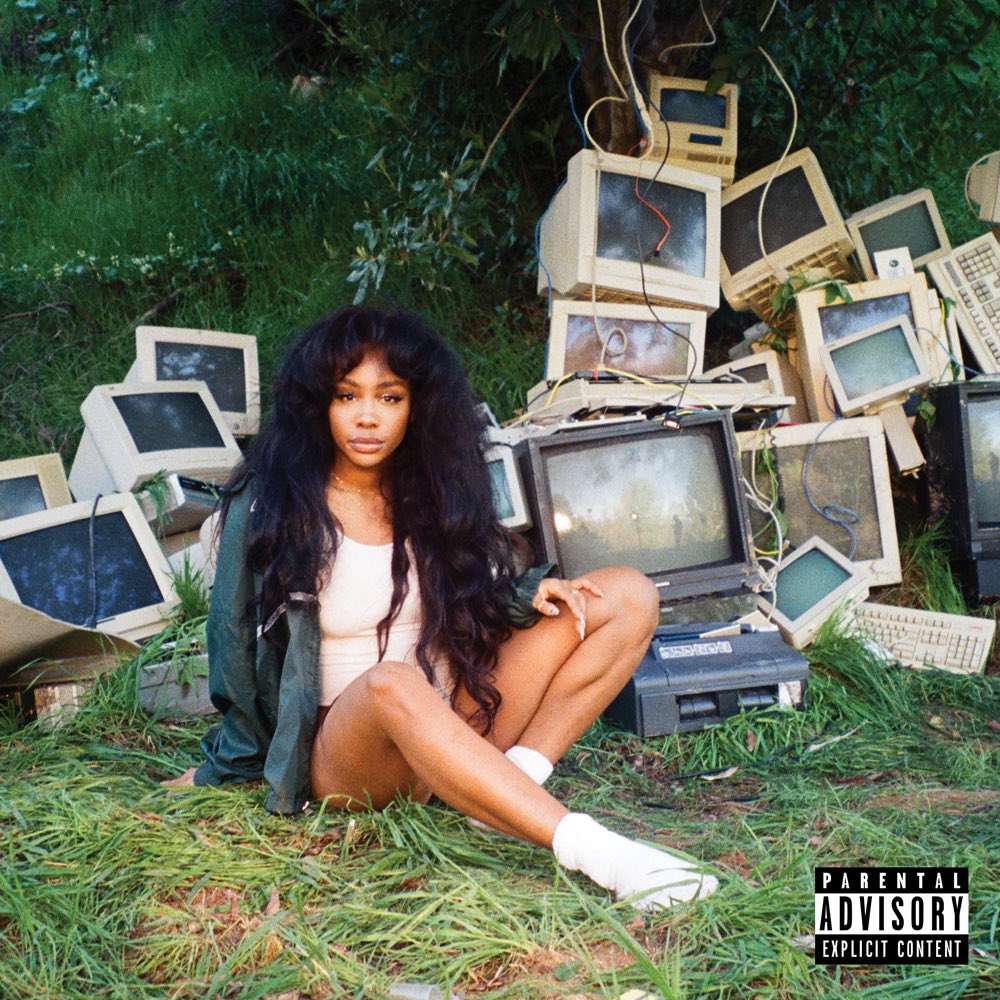 MR: I will say a highly anticipated project will be SZA’s next project. I think we’ve been waiting on her; we love her voice. And I think that’s gonna be my anticipated project. Actually, what I’m listening to now, which is so crazy, I’ve been listening to [laughs] Nancy Sinatra and Percy Sledge. So I’ve been stuck in a time. And I don’t know what day SZA’s album is coming out, but I think we’re anxiously waiting for it. I think it’s going to be a great album. 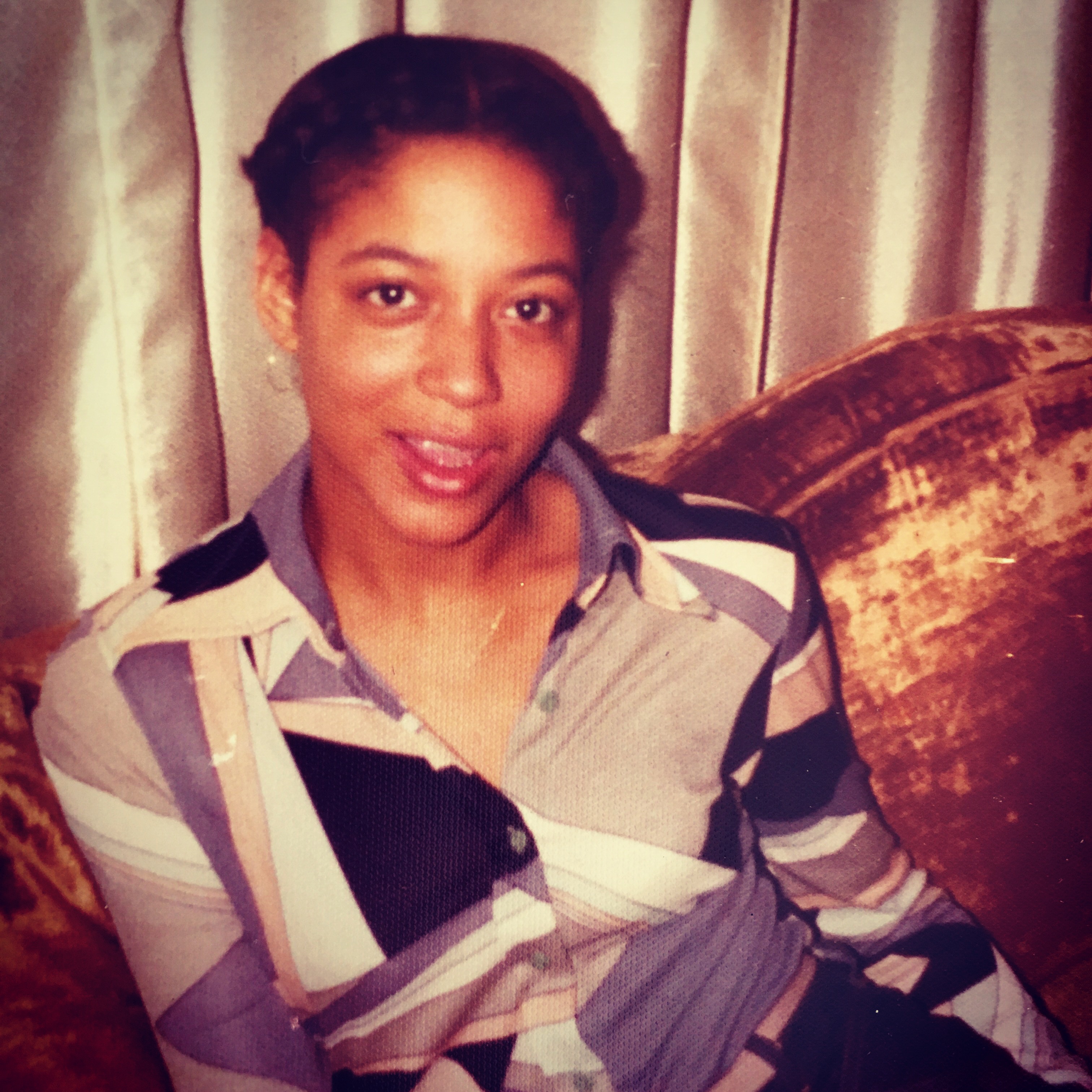 An Ode to The Mamas 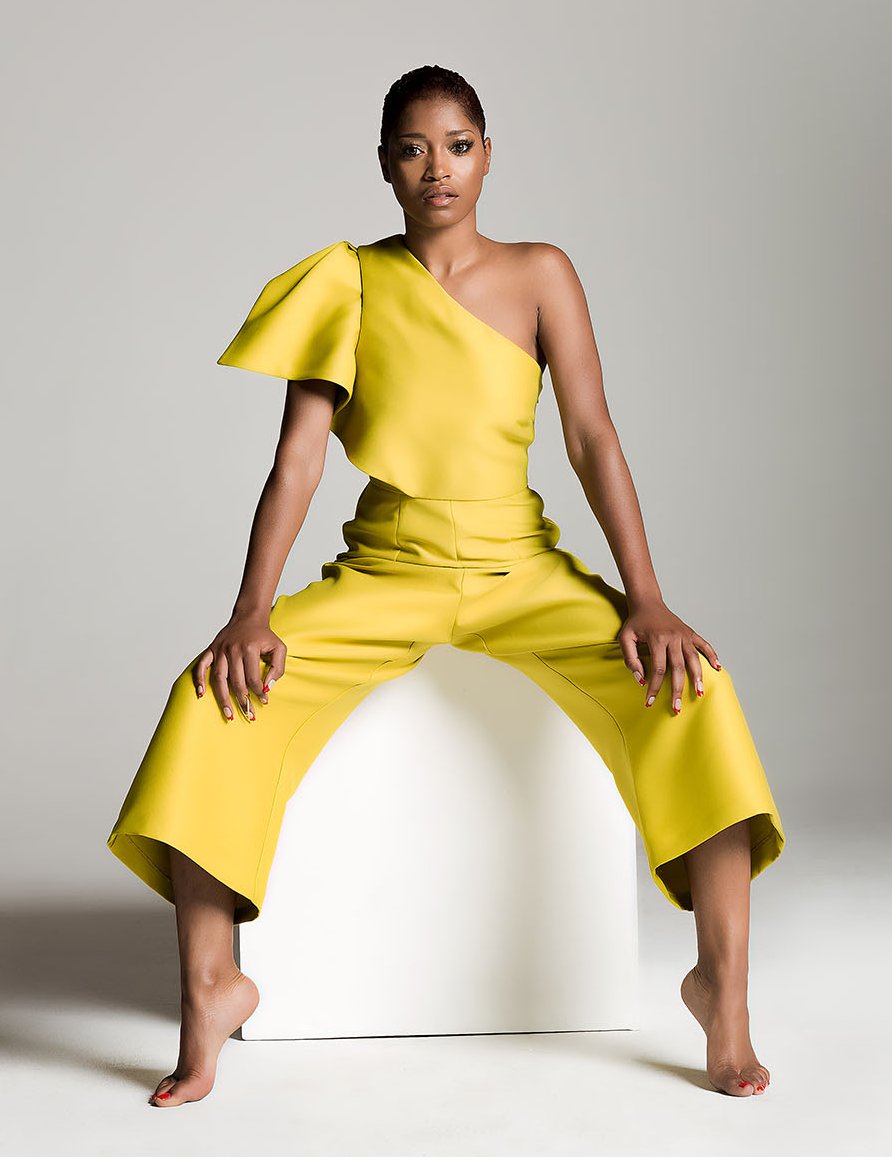